There are times while reading a comic book where you may think, “This’ll read better when collected in a trade.” Despite that, there are times still where you know you have to buy each issue, the hard back, the soft back and the library or omnibus editions. You’ll even lug the heaviest edition around, no matter how big a hassle it may be, at conventions and signings for signatures. Some stories, whether worthy of praise or not, outlast high criticism and endure purely based on the quality value.

Comic books are essentially a combination of art, story, colors and letters. Individually and together Jupiter’s Legacy does something that goes beyond typical juxtaposition. And that wasn’t always the case. Sure, it’s been great from the outset, but what’s happening now, in Vol. 2 is exceptional work. And, although it wouldn’t be possible without a solid foundation, is a beautiful thing in the making, which seems independent of it’s roots. It is artfully crafted in a way that provides storytelling without telling you the story. It happens through select images that would practically work without words. Go back and read the book without actually reading it, just look at it. Half of the pages are constructed of four horizontal panels while the rest are some variation of that same grid. We’re being shown not only what we need to see, but also what the creators want us to see, which amounts to their favorite moments in the story. This comic gives you all the best parts without wasting a single page or panel and it seems effortlessly done.

Mark Millar (Empress) and Frank Quietly (All-Star Superman) lead a creative team seemingly at the top of their game. It’d be hard to imagine each person involved wasn’t smiling with every new page. Quietly, in this issue, brings an aggressive quality to his reliably delicate line work. Even though he uses space and air in his usual fashion in order to create a sense of openness and scale, Quietly could very well be working twice has hard when considering the amount of grit in the details. You could get lost in his art and this book proves that even more so. If not for Sunny Gho’s (Uncanny Inhumans) soft, soothing and frequently pastel colors, Quietly would be bordering on chaotic by comparison. But in this book there are no borders, there are no limits, except for the ones being demolished that is. Gho does his part to both enhance the artwork and fuel the mayhem in this action-packed installment — admittedly an understatement for a book of this caliber.

There’s no real means of talking about this story in detail without giving the plot away, but the good news is if you’re reading Vol. 2 then you already know what’s going no. Rest assured, Millar develops the plot nicely, and the story doesn’t linger in any one area too long. On top of that there’s still plenty of room for a twist now and then, which is pleasantly surprising. Millar and Quietly are really going for it in terms of producing the aforementioned book of quality value, instead of resting on their laurels and producing a book based solely on name recognition. Don’t be fooled by a familiar name where these guys are involved, because things are not the same old same old and only gearing better. 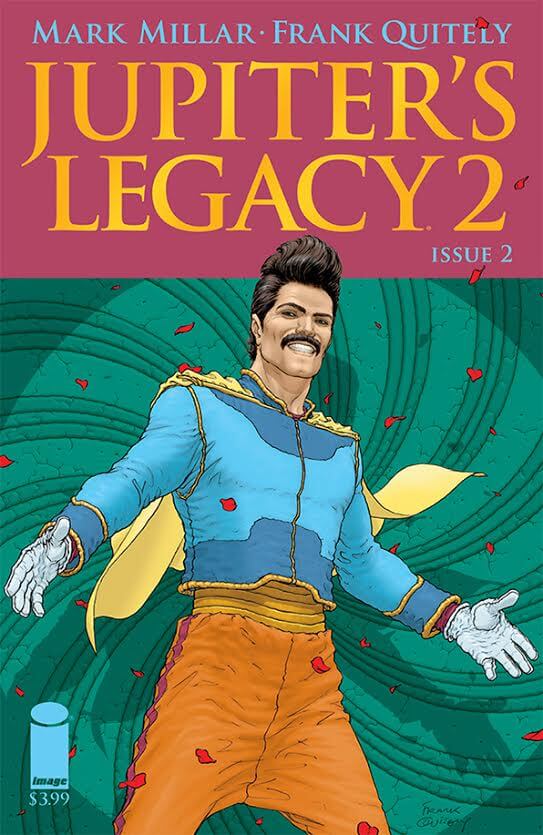 About The Author Matthew Strackbein

Matt Strackbein was born and raised in Maryland but has called Colorado home for the last 17 years where he lives happily in Longmont with his wife. He began reading comic books at the age of seven after discovering a silver age stash in his grandparents’ attic. Comic books inspired Matt to start drawing, which lead to a successful career as a commercial artist. He has worked in the apparel industry for many years as a production artist and designer. His accomplishments include designing backcountry skiwear for world-class athletes as well as downhill ski race suit designs for the 2014 Winter Olympics for the United States and Canadian national ski teams. Matt currently works as a freelance textile-print designer, but still dedicates time to his first love – comics. With over 200 letters to the editor published, Matt is a known letterhack. He self-publishes autobiographical comics about his struggles to break into the industry, which finally paid off when Dark Horse asked him to produce 2-page back up stories in recent issues of B.P.R.D. Besides his own comics, Matt collaborates on independent books as a colorist and letterer. He also teaches the art of making comics to students of all ages.