Since the July release of They Called Us Enemy by actor, author, and activist George Takei, this heartfelt graphic memoir has been met with outstanding success and acclaim: spending over 10 weeks on the New York Times bestseller list; placing on “Best of 2019” lists from Amazon, Forbes, NPR, and Publishers Weekly; winning the 2019 OWL Book Award for Biography; and much more! IDW Publishing (OTC: IDWM) proudly salutes the readers, retailers, librarians, and teachers who have embraced this thought-provoking historical account, which depicts Takei’s childhood imprisoned within American concentration camps during World War II. 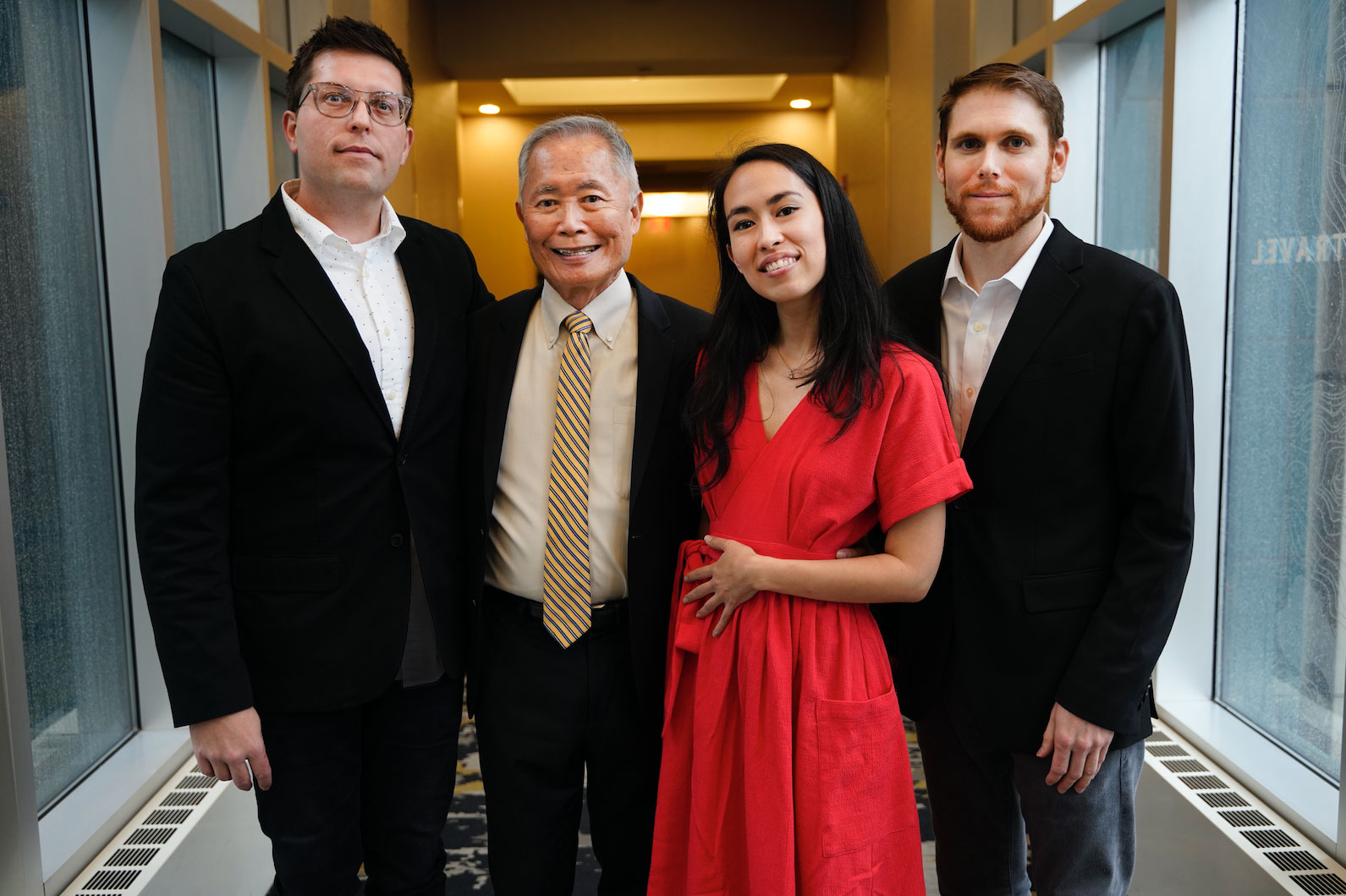 Written by Takei with Justin Eisinger and Steven Scott, drawn by Harmony Becker, and published by IDW’s Top Shelf Productions imprint, They Called Us Enemy is Takei’s firsthand account of those years behind barbed wire, the joys and terrors of growing up under legalized racism, his mother’s hard choices, his father’s faith in democracy, and the way those experiences planted the seeds for his astonishing future. The Washington Post calls it “riveting” and adds, “Takei has evolved into an increasingly powerful voice for oppressed communities, and Enemy finds him at peak moral clarity — an unflinching force in these divisive times.”

Throughout the year, Takei has discussed the book in an active campaign of personal appearances, including an unprecedented launch on NBC’s Today Show, PBS Newshour, NPR’s 1A, headline presentations at BookExpo, the American Library Association, Comic-Con International, the National Council of Teachers of English, the Los Angeles Times Book Club, several marathon book signings, and his massively influential social media presence. Now more than ever, Takei is leading important conversations about democracy, patriotism, and the urgent lessons of this dark chapter of the American experience. 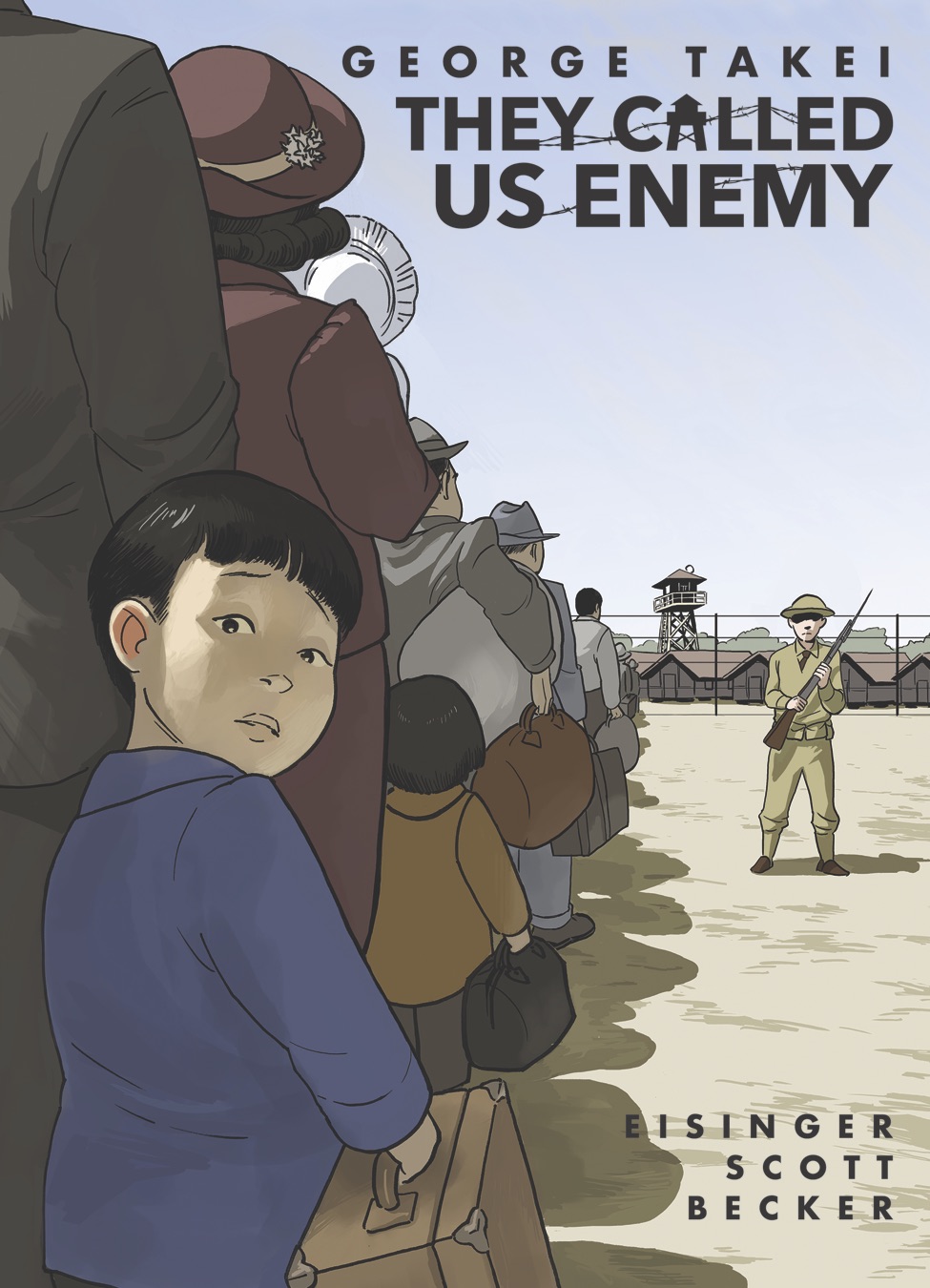 “It’s been an honor to bring this very timely and important story to a new generation, and to have had the opportunity to shed light on this time in history for the descendants of those who witnessed it,” says artist Harmony Becker. “The whole team is so grateful for the world’s passionate support of our book.”

To assist classroom use of They Called Us Enemy, IDW proudly offers a 12-page teacher’s guide developed by the Education Department at the Japanese American National Museum, available at http://idw.pub/TCUEguide.

Looking ahead to 2020, They Called Us Enemy has also been chosen to reignite the popular community reading program Long Beach Reads One Book, welcoming Takei as a special guest on March 19th. They Called Us Enemy will also be available to Spanish-speaking readers in June with the debut of IDW’s Spanish language program.  It will be the first comprehensive in-house Spanish language program from a major U.S. graphic novel publisher, bringing a wave of translated graphic novels to Spanish-speaking communities.

“It’s been my life’s mission to tell the story of the cruel and unjust incarceration of Japanese Americans during World War II, and I’m so honored by the outpouring of support for my graphic memoir, They Called Us Enemy,” says Takei. “Having made this powerful tool for reaching young readers, I am thrilled to make the story accessible to a community that right now—today—is facing attacks that are all too familiar. This edition is especially meaningful to me since I was raised in the Spanish-speaking community of East L.A., which welcomed my family after our years of imprisonment.”

A deluxe hardcover edition of They Called Us Enemy, expanded for the first time with 16 pages of bonus material, will also be available in June 2020.