Awaken A Galaxy Of Over 17,000 Digital Comics With STAR WARS and MARVEL UNLIMITED

FOR A LIMITED TIME, JOIN MARVEL UNLIMITED AND ENJOY YOUR FIRST MONTH FOR FREE!

Marvel Unlimited returns to a galaxy far, far away this December and to celebrate, for a limited time, Marvel Unlimited is offering new and returning subscribers their first month free. For the first month of a Marvel Unlimited monthly subscription, new and returning subscribers will be able to enjoy free access to the new Marvel Star Wars comics – Star Wars, Darth Vader, Princess Leia and Kanan: The Last Padawan and over 500 Star Wars Legends digital comic books along with over 17,000 other Marvel digital comics featuring your favorite Marvel Super Heroes!*

Access this limited time offer by using the Promo Code FORCE at Marvel Unlimited Checkout and prepare for some of the greatest Star Wars comics featuring Luke Skywalker, Han Solo, Princess Leia, Darth Vader, and many more!  Marvel Unlimited is accessible on the web and through the Marvel Unlimited app on iPhone®, iPad® and Android™ devices. 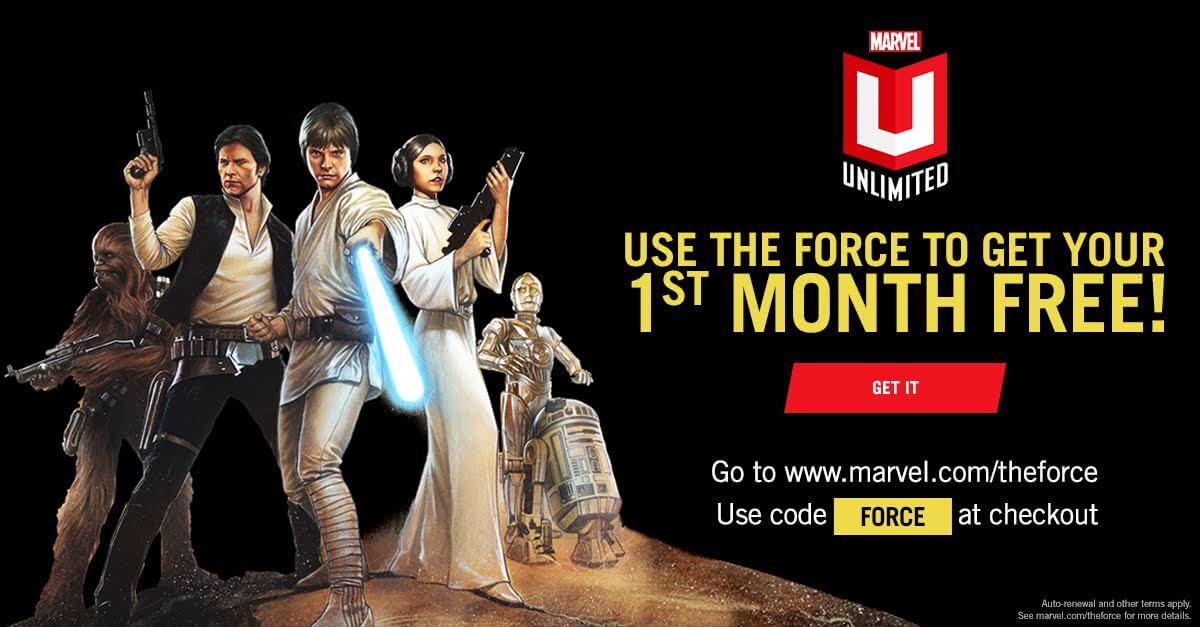