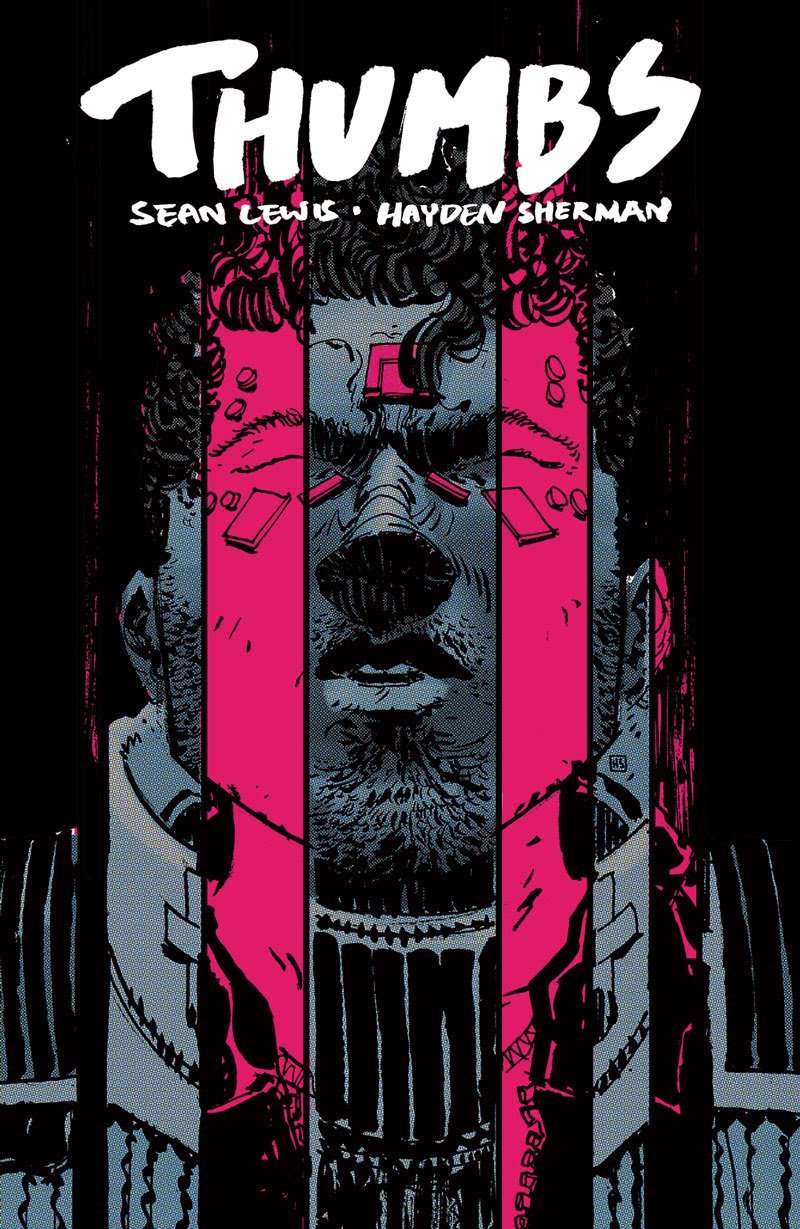 Few) re-teams with award winning artist Hayden Sherman (The Few) for the pulse-pounding technology thriller, Thumbs. This trade paperback collects the complete series, issues #1-5, of the rapid-paced, science-fiction series and will be available from Image Comics in January 2020.

Adrian Camus, a rockstar tech designer, recruits children who excel at his games into his real-life war against the Power, a group of politicians and advocates aiming to take Camus’ tech away from the people. Following a life-altering injury, eponymous recruit Thumbs finds himself torn between two sides of the muddy, escalating conflict. Heartfelt, action-packed, and forward-thinking, Thumbs is a standalone story that fans of Black Mirror, Blade Runner, and Tokyo Ghost won’t want to miss.

The Thumbs trade paperback (ISBN: 978-1-5343-1359-0, Diamond Code NOV190068) will be available on Wednesday, January 29 and in bookstores on Tuesday, February 4. It can be pre-ordered at your local comic book shops on Amazon, Barnes & Noble, Books-a-Million, IndieBound, and Indigo.

The Thumbs trade paperback will also be available for purchase across many digital platforms, including the official Image Comics iOS app, Amazon Kindle, Apple Books, comiXology, and Google Play.

About The Author Former Contributor