Your First Look at W. Maxwell Prince and Tyler Jenkins’ KING OF NOWHERE #1 From BOOM! Studios 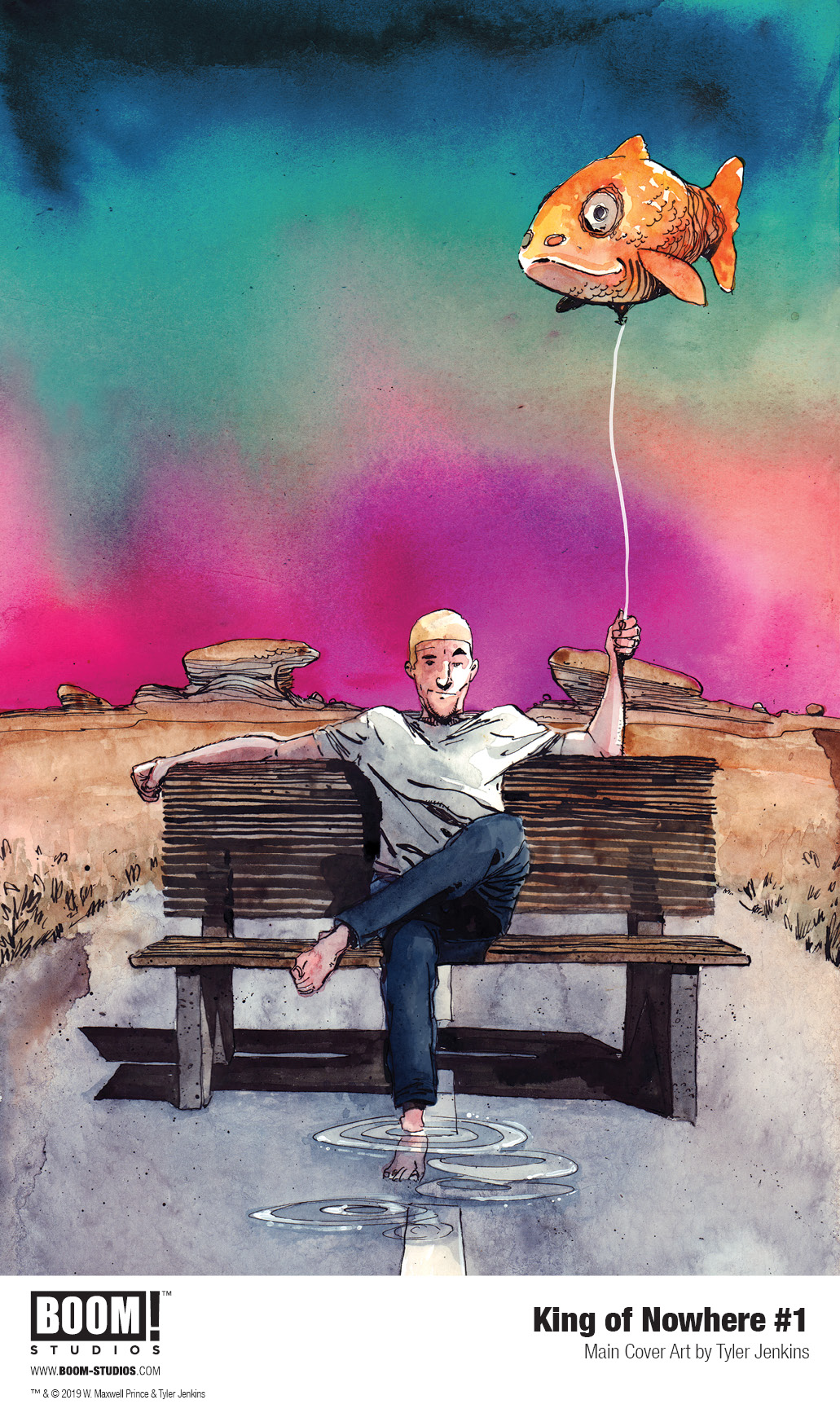 BOOM! Studios is proud to reveal a first look at KING OF NOWHERE #1, the premiere issue of an all-new original five-issue series from the acclaimed writer W. Maxwell Prince (Ice Cream Man), artist Tyler Jenkins (Grass Kings, Black Badge), colorist Hilary Jenkins (Black Badge), and letterer AndWorld Design (Martian Manhunter), an unforgettable thriller that explores the miraculous, the mundane, and all the mysteries in between, available in March 2020.

Drunken lowlife Denis awakens on the outskirts of a mysterious village called Nowhere, home to a friendly populace of deformed, mutated, just-left-of-normal citizens-and he has no memory of how he got there. But just when Denis starts to regain his memories, his past catches up to him… literally. What at first seems like merely a bad trip quickly heightens into a drama of mistaken identities, small-town conspiracy, and high-stakes fantasy fulfillment.

KING OF NOWHERE is the newest release from BOOM! Studios’ eponymous imprint, home to critically acclaimed original series, including Once & Future by Kieron Gillen and Dan Mora; Something is Killing the Children by James Tynion IV and Werther Dell’Edera; Faithless by Brian Azzarello and Maria Llovet; Abbott by Saladin Ahmed and Sami Kivelä; Bury the Lede by Gaby Dunn and Claire Roe; Klaus by Grant Morrison and Dan Mora; Folklords by Matt Kindt and Matt Smith; The Red Mother by Jeremy Haun and Danny Luckert; and the upcoming Alienated by Simon Spurrier and Chris Wildgoose. The imprint also publishes popular licensed properties including Joss Whedon’s Firefly from Greg Pak and Dan McDaid; Buffy the Vampire Slayer from Jordie Bellaire and David López; Angel from Bryan Edward Hill and Gleb Melnikov; and Mighty Morphin Power Rangers from Ryan Parrott and Daniele Di Nicuolo.

Print copies of KING OF NOWHERE #1 will be available for sale on March 4, 2020 exclusively at local comic book shops (use comicshoplocator.com to find the nearest one) or at the BOOM! Studios webstore. Digital copies can be purchased from content providers, including comiXology, iBooks, Google Play, and Madefire. 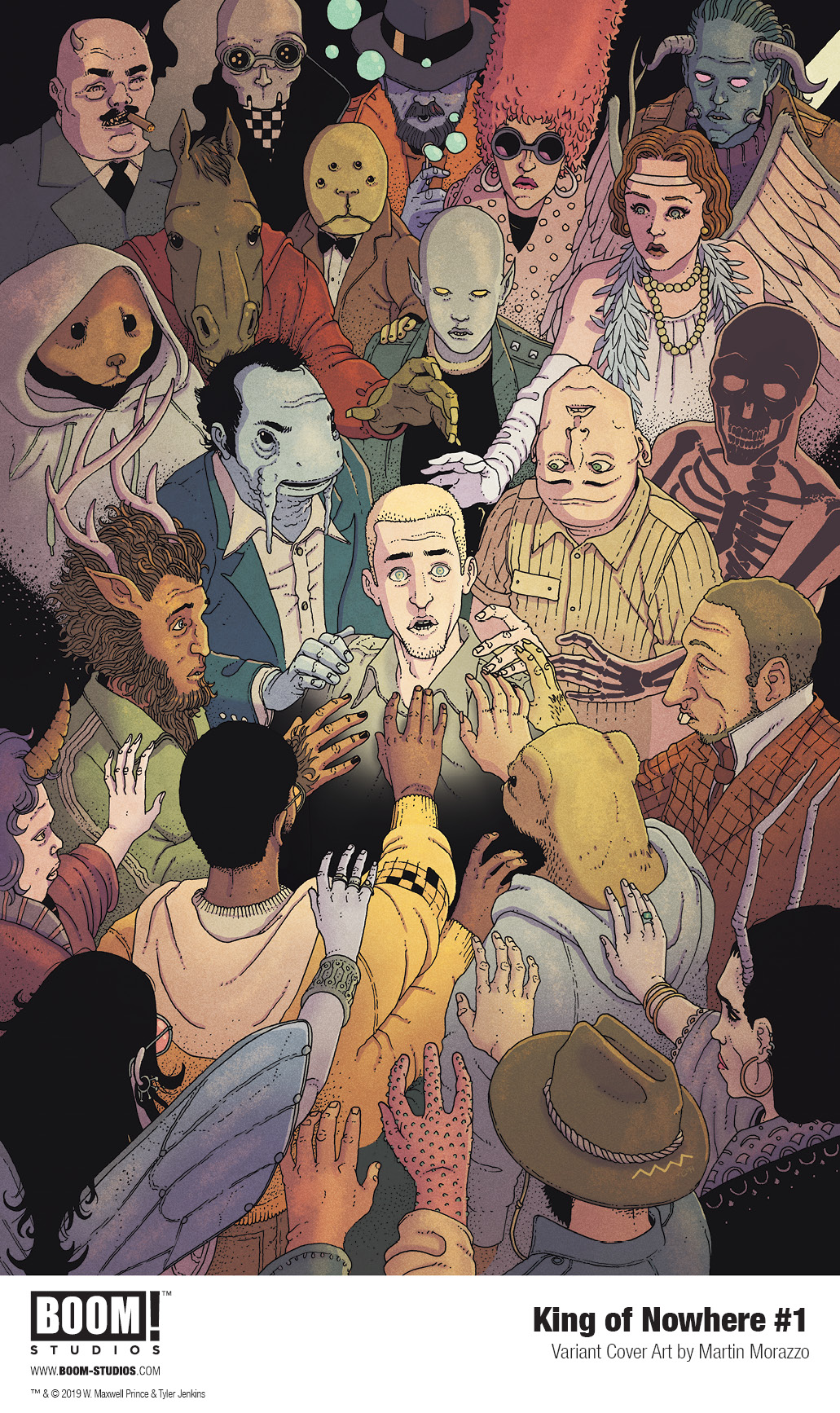 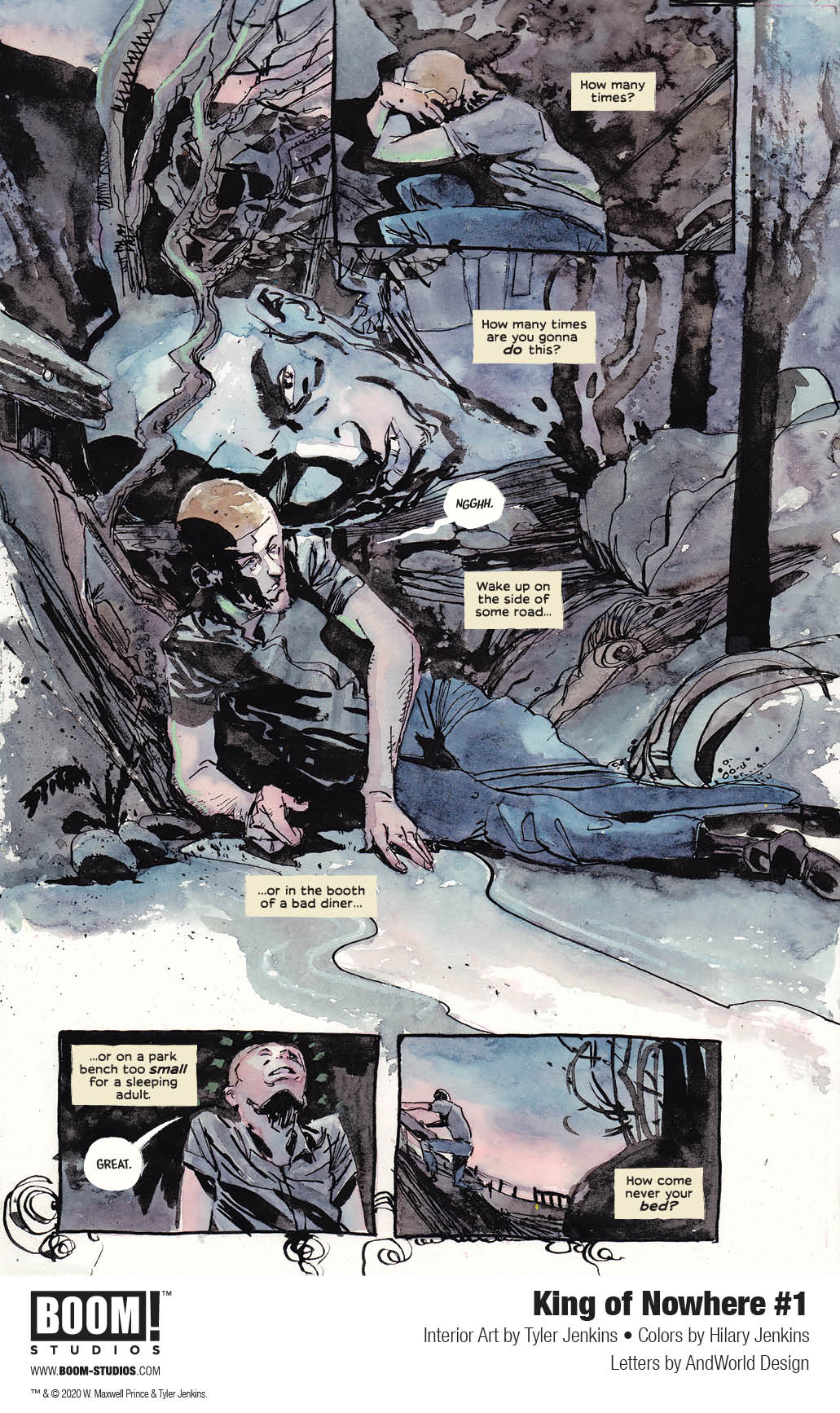 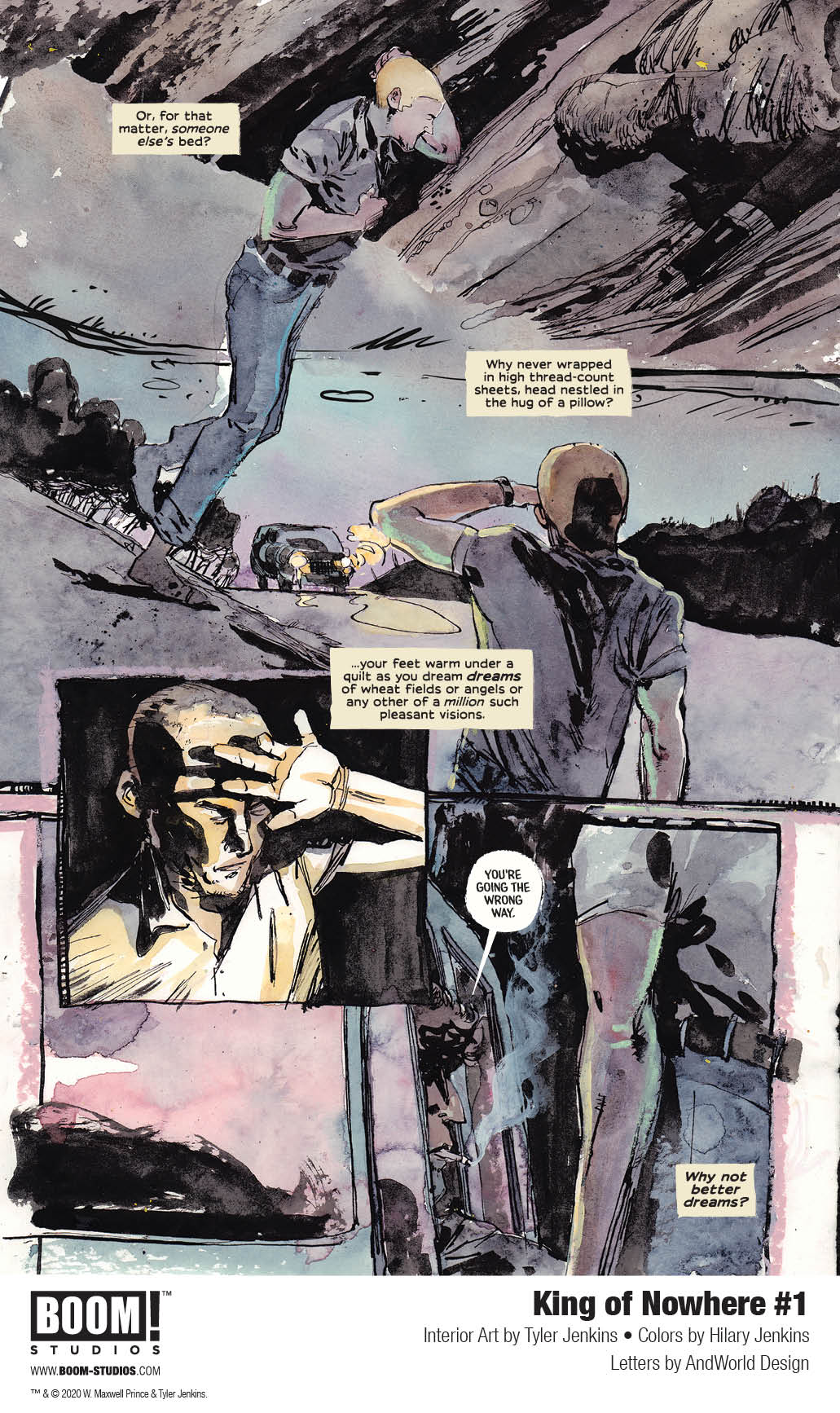 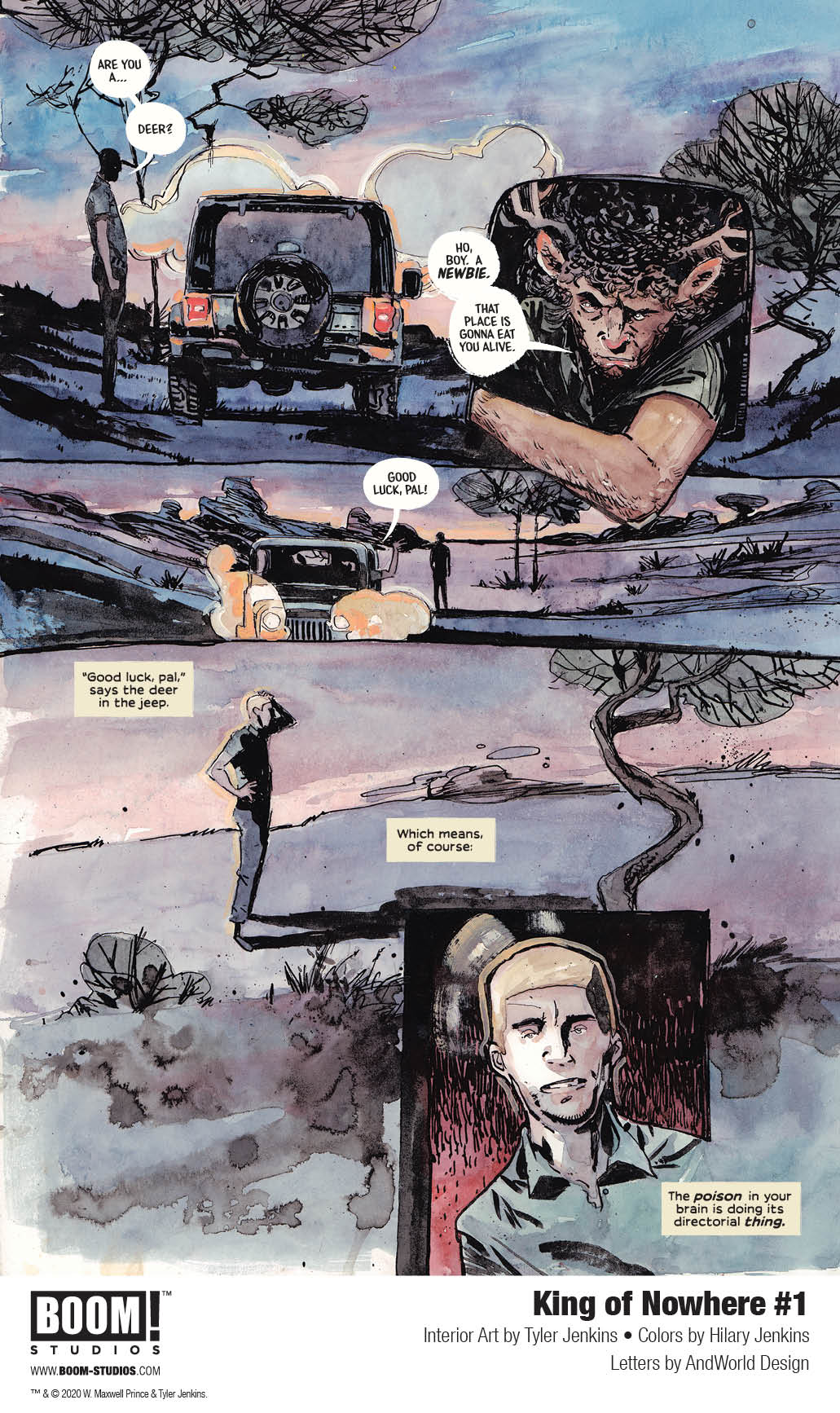 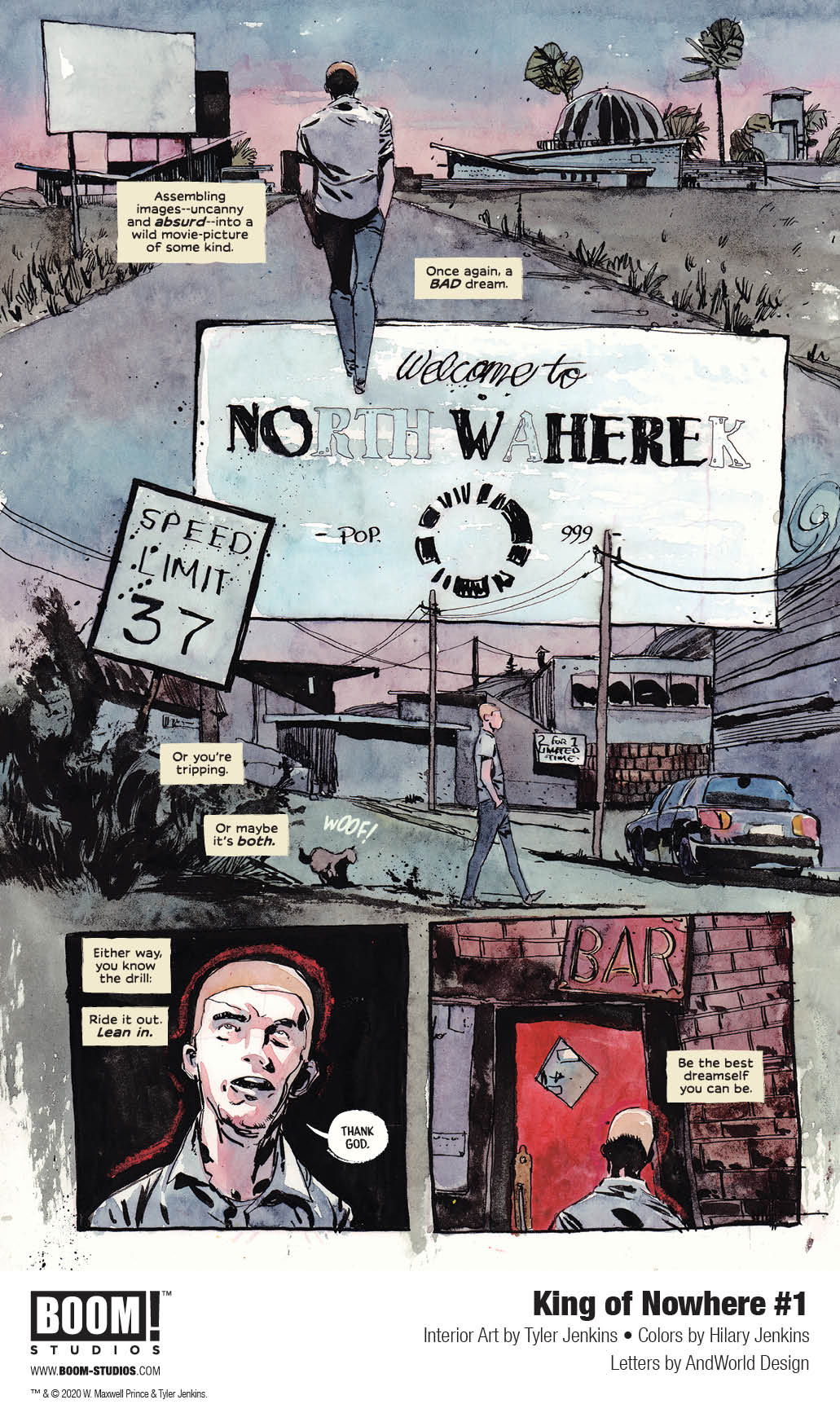 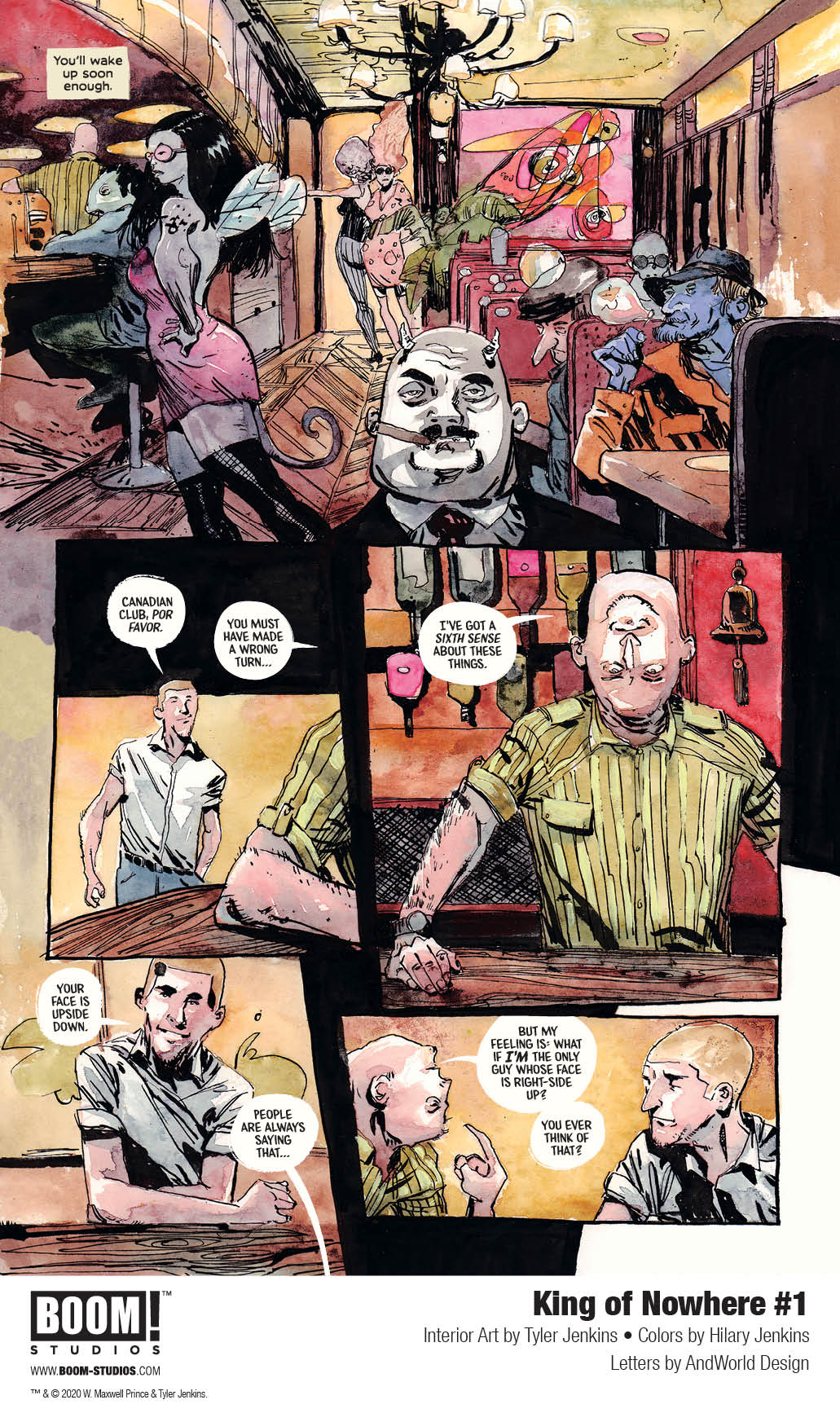