Vertigo’s SUICIDERS series makes its triumphant return with the release of a second chapter, SUICIDERS: KINGS OF HELL.A., due out in March. This six-issue miniseries will continue to be written by creator Lee Bermejo (SUICIDERS, WE ARE ROBIN) and joining him on art is Alessandro Vitti (RED LANTERNS) whose kinetic style perfectly fits SUICIDERS’ brutal landscape, colors by Jordan Boyd (INVISIBLE REPUBLIC).

A whole generation has grown up since the Great Quake, and people like Trix and her brother Johnny don’t know what life was like before New Angeles crumbled. Suffice to say, they’ve learned how to make the most of living inside the collapsed city, and particularly within their ’hood. Johnny is the leader of the Kings of HelL.A., a street gang ready to protect its turf against any and all comers—though Johnny may have taken things too far when he crossed Leonard, a former Suicider known as the Coyote. Things are about to get a whole lot more violent. Meanwhile, Trix is finding love in the arms of Johnny’s best friend, and their star-crossed romance is going to bring trouble of an entirely different kind.

“I couldn’t be more excited to take people back into the world of SUICIDERS,” says writer/creator Lee Bermejo. “The second arc takes place 15 years before the first storyline, closer towards the moment of the earthquake, and delves into the wall being built and how the people of an already broken city deal with the powers that be trying to split what’s left into two. I’ll also explore the post disaster generation of youth and how they try to live and secure a future in a place that tries to eat you…sometimes quite literally. Expect cannibalism, gang warfare, revenge, and a love story all wrapped up in an L.A. noir with some fresh new characters and a few familiar faces.”

Bermejo continues, “I am telling this story with my partner in crime (and neighbor) Alessandro Vitti. I needed an artist that could capture not only the grit and texture of the book but also someone who could mix great action with deft character work and I found that in Alessandro. He’s delivering all of that and more, bringing his own sense of atmosphere and attention to detail that I can’t wait for people to see.” 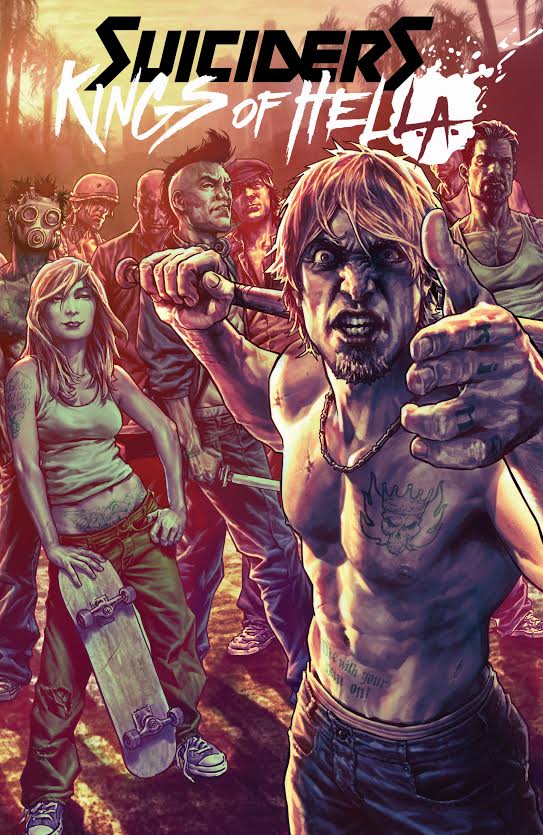 About The Author Tyler Goulet