Writer Joe Kelly (I KILL GIANTS, BAD DOG) and artist Max Fiumara will launch a new story arc in their genre-splicing series FOUR EYES from Man of Action this January.

Previously in FOUR EYES, readers met Enrico, a young boy in an alternate 1930’s New York. The untimely passing of his father left him the man of the house, a duty he took quite seriously—seriously enough to step into his father’s shoes as a dragon hunter. But though he tried to be a killer, he ended up bringing home a baby dragon.

In FOUR EYES: HEARTS OF FIRE #1, the training begins.

“Now that we’ve set up the players, Max and I really get to dive into the universe and the characters,” said Kelly. “In the first story arc, we fell in love with Enrico and the gothic world he’s inhabiting. In Hearts of Fire, we start to see just what effect this world of underground fighting, gangsters, and monsters has on a young boy. This is the beginning of a dark ride for Enrico, Four Eyes and Fawkes…my favorite kind.” 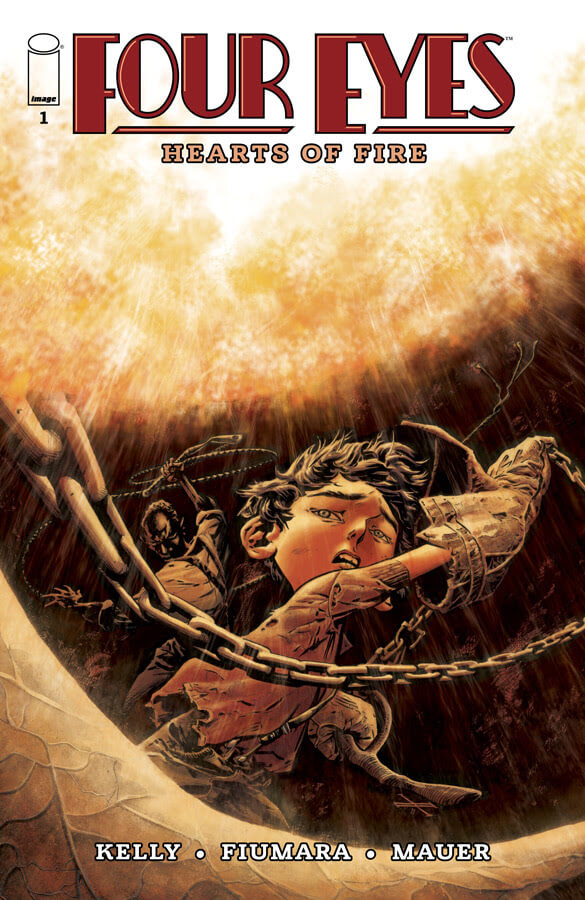 About The Author Tyler Goulet

PETER DAVID CONTINUES THE SAGA OF MAESTRO THIS JANUARY!